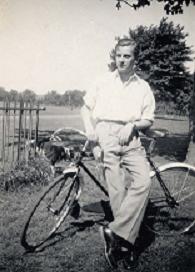 I have just come across your web site which was very interesting as I lived at 9 Thornhill Crescent 1940 – 1953. The Barnsbury Wood must be delightful and such an oasis of calm. I knew it was there because a friend lived at No.29 and we used to get in over his garden wall!

I read the article by Charles Humphries and it was just as he describes even 10 years or so later. The Caledonian Road was extremely lively in those days with good individual shops each side of the road and stalls lining the west side every day and all very busy. The stalls were still there after dark all lit with oil lamps and there seemed to be a Public House on every street corner!

The war years saw the removal of the house railings and a large brick air raid shelter erected in the road of the east section of the Crescent. There was an air raid wardens post built into the the Church grounds on the south west corner.The RAF had a barrage balloon station in the Square.

St Andrew’s church was where I was baptised in 1930 and was important to me as I grew up. I’m sure it is rather different now.

I last visited the area about 25 years ago and the Caledonian Road was pretty desolate, maybe I should come again but it is a long way from Sidmouth where I have lived for the past ten years. I hope that you will find the above to be of interest.

With all good wishes.
Leslie Durant

Thank you for your kind reply to my email, it is rather nice to have contact with somewhere that was such a large part of my early life. You asked who else lived in the Crescent and the following recollections come to mind which I hope will not be too boring!

I of course lived at No.9 with my parents and other tenants whilst nextdoor at No.10 was my father’s aunt Mrs Kendall, a widow who let out rooms which for one week each year were let to bandsmen from the north who came to take part in the National Brassband Championship at the Royal Albert Hall.

The house on the corner of the Crescent (eastern section) with the long path was occupied by a rather reclusive Dr Traquire, he didn’t practise locally but was possibly a consultant/surgeon at a hospital. Before coming to the Crescent we lived in Huntingdon Street and our doctor was Dr Eustace Jackson with a house and surgery on the corner of Huntingdon Street and Crescent Street.

There was of course no NHS then and one paid his fees (I believe he delivered me). He possessed the only motorcar in the area which was garaged next to the surgery and was chauffeur driven (peak cap and gloves)! The doctor’s name was in a stained glass panel on his surgery window.

My friend at No.29 Thornhill Crescent was Gerald Burdock who lived with his sister Audrey and his parents. At No.31 was Mrs Sargent who ran a boarding house for warders from Pentonville Prison. The only people I knew in the Square were a batchelor, Charles L Pace, a retired architect who had a rather elegant top floor flat about the middle of the western section, and the Thorpes who lived about five or six houses down from the library.  Oh yes, the Williams lived in a house nearby.

What a screed but you did ask for it! I have extracted the following from some of my autobiographical writing and you are welcome to use this and my previous email on the website. The following may be of interest although I realise that it is similar to Charles’ description.

“Those were the days when milk was delivered by horse and cart the milk being dispensed from a churn to your own jug. Bread was delivered by handcart. The coalman came round twice a week, with a horse and cart, humping the sacks off and emptying them down holes in the pavement, which were covered by a cast iron lid, into the cellar. Many other goods were also delivered by horse and cart. Costermongers offering their wares from a barrow, included a seller of shell fish and a cat meat seller both of whom announced their arrival by ringing a hand bell and crying out.”

“A corner shop sold provisions in small quantities e.g. a pennyworth of pickles put into your own cup! Biscuits did not come pre wrapped in packets but were sold loose from large square tins with glass tops. Newspapers cost one penny which was also the price of the lowest tram or bus fare. Streets were lit by gas lamps, a lamplighter came round on his bicycle just before twilight with a long pole which he used to turn on each lamp returning the next morning to turn them off. Undertakers used elegant carriages drawn by plumed black horses.”

I seem to have gone on rather but hope it is of interest. Glad to hear the Cally is still lively.

I am sorry that I forgot to answer your question regarding bombs in Huntingdon Street. Yes, a bomb fell on the corner of the street opposite Dr Jackson (north east corner) demolishing two houses. The only other house to be hit was at No.18 next to where I was living. This was not a large bomb and was, I think,a fire bomb, the house survived.  The immediate area was very fortunate in not having much damage but a whole area of Copenhagen (east) and the streets around was devastated when a V2 rocket fell. It left a vast waste area which I believe is now filled with flats. 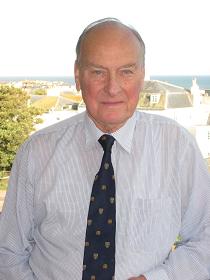